Co-Parenting: what effect will this have on your Child Benefit entitlement? 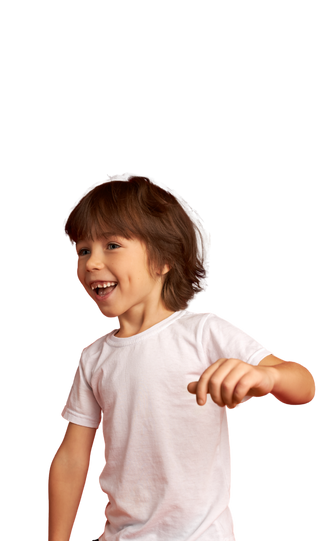 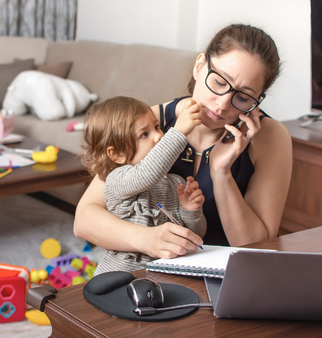 What should you do if you separate following a marriage or legal/de facto cohabitation?

You needn’t actively inform KidsLife of your divorce. We automatically receive all changes to your family composition via the Crossroads Bank, the government repository for personal data. We subsequently make the necessary adjustments based on your revised family circumstances.

Who receives the Child Benefit payments following a divorce?

If you separate from the child’s other parent, then you can opt to retain joint responsibility for the child’s upbringing. We refer to this as ‘equally shared parenting’ or co-parenting. In concrete terms, this means that the child lives with you half of the time and with the other parent the remaining half of the time, and that you make joint parenting decisions. In this case, the Growth Package payments continue as they did prior to the divorce.

Haven’t opted for an equally shared parenting or co-parenting arrangement? Does either parent have exclusive custody? Has a court ruled that the Child Benefit payments should be divided in half? Then please send us the court ruling concerned. KidsLife will subsequently amend your Child Benefit file in line with the ruling.

If the legal Child Benefit recipient (the beneficiary, and usually the mother) doesn’t reside in Wallonia and is co-parenting, then the other parent (usually the father) with whom the children are domiciled will be designated as a substitute beneficiary.

In this case, the father (the substitute beneficiary) can become the legal beneficiary if he applies to receive Child Benefit. If the father does not apply for Child Benefit, and the mother subsequently moves to the French-speaking area of Wallonia, the Child Benefit will automatically be paid to her again.

Does a divorce affect the amount I receive?

If you become a single parent, then you may be entitled to a supplement to your Child Benefit. The supplement is automatically awarded on the basis of the income data that we receive from the FPS Finance. Live in Brussels or Wallonia? Then you can proactively apply for the supplement yourself. Contact us and we’ll send you a form (model S) on which to record your income. 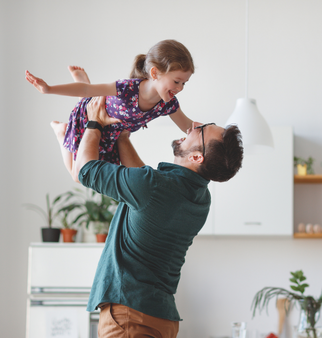 What if the child is domiciled with the father?

We may already be paying Child Benefit to the father if he has previously applied for Child Benefit for those children who are living with him.

If the father doesn’t yet receive Child Benefit and now wishes to apply for it, he must satisfy a number of conditions:

Example 1: mother Martine and father Franky have 2 children: Ine, born in 2006, and Gaston, born in 2010. Child Benefit is paid to the mother, according to the old Child Benefit legislation. Martine leaves the family and the children remain domiciled with their father. Martine continues to receive Child Benefit for both children. The Child Benefit can only be paid to Franky if he can present a court ruling confirming that he should receive it.

Example 2: mother Naïma and father Bert have one child: Ibe, born 5 January 2020. Naïma and Bert are joint core beneficiaries because their child falls under the new Growth Package legislation, which has been in effect since 01/01/2019. This means that both parents jointly agreed to which bank account number the Child Benefit should be paid. Naïma and Bert chose an account in the father’s name. On 1 September 2020, Naïma leaves the family and Ibe remains domiciled with his father. Child Benefit will continue to be paid to the same account number following the divorce. Both parents can jointly change the bank account number at any time. If Naïma or Bert can present a court ruling confirming that he or she has exclusive custody or is the designated Child Benefit recipient, then KidsLife will amend the file in line with the ruling.

In Brussels and Wallonia, the father can apply for Child Benefit for those children who are domiciled with him.

If the legal Child Benefit recipient (the beneficiary, and usually the mother) doesn’t reside in Wallonia and is co-parenting, then the other parent (usually the father) with whom the children are domiciled will be designated as a substitute beneficiary.

In this case, the father (the substitute beneficiary) can become the legal beneficiary if he applies to receive Child Benefit. If the father does not apply for Child Benefit, and the mother subsequently moves to the French-speaking area of Wallonia, the Child Benefit will automatically be paid to her again. 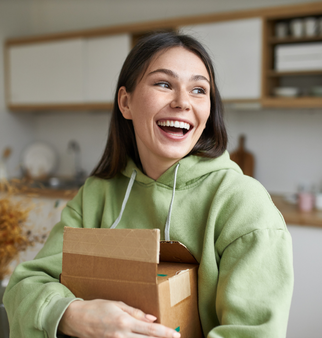 My child has become an adult

If your child reaches the age of majority and you live in Brussels or Wallonia, then co-parenting and the presumption of shared parental responsibility for the child ceases from the age of majority. From that moment onwards we examine the current family circumstances, which means that we pay Child Benefit to the parent with whom the child is domiciled.

However, if the child alternates between living with both parents for the same length of time, then the co-parenting arrangement can be maintained. In this case, we continue to pay the same person as we did before the age of majority. We can do this if at least one parent certifies that the child lives with each parent for the same amount of time. In order to arrange this, we’ll send you a document (which serves as your certification) 3 months prior to your child’s 18th birthday. If you wish to stop the co-parenting arrangement, then simply ignore the document that we send. However, should the other parent send a certification requesting continuation of the co-parenting arrangement, then we’ll continue to apply the co-parenting scheme. In the event of a disagreement between the parents, a social inspector will pay a visit to review the situation.

If your child reaches the age of majority and you live in Flanders, then your Growth Package file will not change.

Flanders only! What if my child moves from one parent to the other?

The relocation of a child from one parent to the other may entail a change of Child Benefit recipient.

Example: Mother An (°1980) and father Peter (°1978) have been separated since 2015. Their children Arne (°2010) and Elien (°2012) live with their mother. An is a single mother and receives a Social Allowance based on her income. On 10 February 2020, Arne moves to his father’s house. As from 1 March 2020, a new file is created for Arne and Elien in which mother An and father Peter are both core beneficiaries. An and Peter can now jointly decide to which account the monthly Child Benefit for both children should be paid. However, the parents don’t provide KidsLife with a bank account number, so we continue to pay the younger of the parents, namely mother An. From March 2020, An is still entitled to half of the Social Allowance. Providing his family income falls below the threshold, the father Peter is also entitled to half of the Social Allowance. The Social Allowance is paid via a separate deposit to the person who is entitled to it, to an account number of their choice.

Were any of your children born after 1 January 2019? Then the Growth Package is already being paid to the core beneficiaries (both parents) and will continue to be so even after the move.

The father cannot therefore apply to receive the Child Benefit or Growth Package for the child who is domiciled with him. He can only acquire this entitlement by sending a court ruling confirming that he has exclusive custody of this child or that he’s the designated family allowance beneficiary or recipient.

Hospitalisation insurance during pregnancy: everything you wish to know

Children who are entitled to the Growth Package or Child Benefit receive a basic monthly amount. This basic amount can be topped up with supplementary allowances or premiums. Your basic amount is based on a number of conditions and may vary per child.
The basic amount: monthly Child Benefit amounts per child.

In certain circumstances children who attend pre-, primary or secondary school are entitled to the Study Allowance. This allowance is also referred to as the selective participation allowance and is intended for families on low incomes. You receive this in addition to the school premium or school bonus that’s paid out in August.
School allowance

Don't want to miss out on any more benefits? Then join KidsLife for the payment of your Child Benefits!

Make your request now at KidsLife